Beyond the form – Patanjali’s teachings 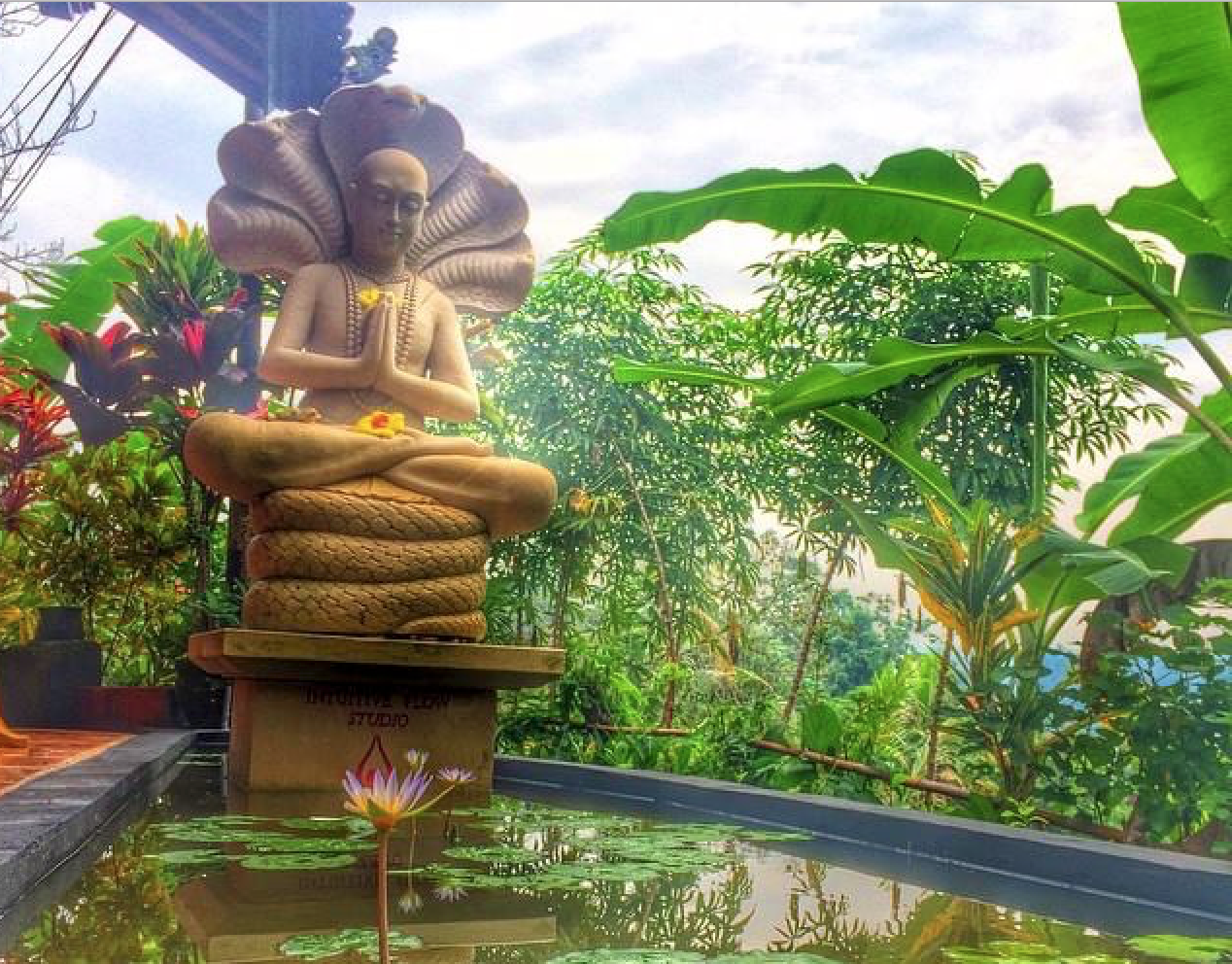 16 May Beyond the form – Patanjali’s teachings

Posted at 01:25h in Newsletters by Linda Madani
5 Likes
Share

An interesting fact from ancient Hindu texts that you probably are not aware of is that Patanjali used to teach from behind a screen. We discover this in a story from the Puranas, which tells us that Patanjali would place a large screen between himself and his students, before assuming the form of half man/half serpent with a hundred heads. He would caution his students that it was extremely important that nobody should look behind the screen or leave the hall while he was transmitting his knowledge.

One day Patanjali was quieter than usual and one of the students took this opportunity to quietly leave the room to go and relieve himself. Meanwhile, the others became curious as to why Patanjali was so quiet and they took upon themselves to peer behind the screen. When they glimpsed Patanjali, complete with his one hundred heads and appearing as half snake/half man, they were immediately burned to ashes.

When the other student came back he was shocked to see all his classmates had been burned to ashes and that Patanjali was standing there. He begged for forgiveness as he knew he should not have left the room. Patanjali took pity on him and decided he would impart the remaining knowledge, but told him that since he had broken the rule, he would be turned into a Brahmarakshasa, (demon,) and hang from a tree.

“You’ll be liberated from the curse” said Patanjali, “but only after one student accepts and integrates your teachings.” It was a long time before the remaining disciple of Patanjali actually found a student who would accept his teachings, in spite of his horrible form, but eventually it did happen and he was able to return to his original form.

This story invites to focus on the essence of knowledge, but not on its form.

But who was Patanjali?

In Indian mythology, Patanjali is an avatar or incarnation of Ananta Vishnu’s serpent, who wanted to come on earth to teach yoga and fell (pat) on the palm of a woman, whose hands were in prayer, (anjali) pleading to be blessed with a son.

Patanjali is believed to be the author of the yoga sutras and he is said to have lived sometime around 200-500 BC, although there are several modern scholars who believe that the yoga sutras could in fact be a compilation of the work of many different authors.

Whichever the case is, the yoga sutras are the first scientific, systematic, rational and logical recorded transmission of yoga. Prior to that, yoga knowledge was transmitted by word of mouth.

The Yoga sutras are structured in 195 sutras or verses covering yoga philosophy, practices, concepts and liberation paths. Each of the sutras is then sub-divided into 4 chapters, or padas, and these explain the various paths which need to be followed in order to attain liberation.

The four padas (chapters) are:

The way in which Patanjali described yoga, is that it is the ability to master the fluctuations of your mind (chitta vritti), a subject that still brings problems in our modern society today. The sutras explain the nature of the mind, as well as the different states of the mind, and the way in which habits, fluctuations and lack of awareness create the identification with ego.

Patanjali also described in great detail how all of these different aspects give a comprehensive understanding of the human mind.

The guidelines offered in yoga sutras aim to give us the awareness of both the internal and external factors which are responsible for making our mind agitated and ‘hooked’.

To achieve success in yoga among others the following concepts can help the modern practitioner:

Abhyasa means repeated practice that is done almost every day, without interruption, for a considerable length of time.

Vairagya means detachment, to be free of raga (attraction) and dvesha (repulsion). An attitude of detachment is essential for success.

According to T.K.V. Desikashar, shraddha is the unshakable conviction in the journey and this conviction, or shraddha, is essential to strengthen your intent to achieve success.

Surrendering to a power bigger than us.

Ultimately, realization may come if one is oriented toward the ideal of pure awareness, which is Isvara. These are simple but easy to understand concepts that can help you on your yogic journey.

The Yoga sutras of Patanjali are still as valid now, in these modern times, as they ever were when he wrote them and people who read his sutras are still just as fascinated and intrigued about his deep knowledge and understanding of how humans ‘tick’.

The four above principles in the yoga sutras can be applied on a daily basis and they are definitely not limited only to yoga practice. By following Patanjali’s guidelines in our life in general, we can make our entire existence a space of awareness and knowledge.